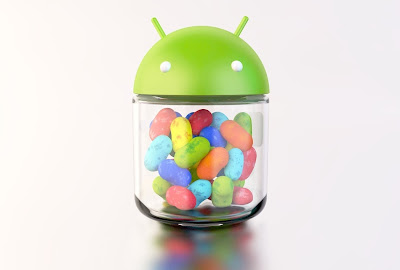 Samsung Galaxy S3 To Get Android Jelly Bean? Testing Begins On S2 And S3, Other Devices Confirmed For The Update

Samsung may be celebrating the success of its flagship smartphone for 2012, the Galaxy S3, but that doesn't mean the company is finished with the device. Samsung is reportedly testing Android 4.1 Jelly Bean for the Galaxy S3 and S2 devices.

The news comes from SamMobile, which reports that the company is almost ready to roll out the recently announced operating system update for these devices. An insider is said to have shared this information with the website.

There is no official release date yet for Jelly Bean on the Galaxy S2 and S3 smartphones, but SamMobile speculates that it could come around August or September. According to the report, Samsung has started the first tests for the S2 device with success.

Although testing has begun for this gadget, it is still unclear if Samsung will actually update the Galaxy S2 with Jelly Bean. After all, the Ice Cream Sandwich update took months to roll out and was finally implemented into the S2 phones just a month ago.

Previous rumors have indicated that the Galaxy S2 will not get the Jelly Bean update, but Samsung has made no moves to validate this statement. The Galaxy S2 was thought to have had hardware limitations that would prevent it from running the new operating system properly, but Samsung has not revealed anything to support that claim.

There is no word about which devices will be next to get the Android 4.1 Jelly Bean upgrade, but the insider told SamMobile that it will roll out to "high end" devices more frequently.

"That's why chances for the Galaxy Note will be bigger than ever," DannyD of SamMobile writes.

The rumor mill has been churning with release date predictions for the phone-tablet hybrid's successor, the Galaxy Note 2. The latest speculation says that the device will be unveiled at a press event on Aug. 15, and will boast a thinner and taller 5.5-inch display.

Recently it has been confirmed that the upgraded software will be coming to HTC's One X, One S and One XL. Jelly Bean could also stake a presence in the tablet market as well, since devices using chips from ARM-competitor MIPS will soon be able to run Android 4.1. According to CNET, Asus has also confirmed that the Transformer Prime and some of its Transformer Pads (TF300 and TF700) will be getting the Android 4.1 update.

Google has already announced that the Galaxy Nexus and Nexus S would receive the update, but for those who are impatient Android 4.1 ports have already begun to surface. The search engine giant unveiled the new highly anticipated operating system at its Google I/O developers' conference at the end of June, where it also announced its Nexus 7 tablet and its new computer rendition: the Q.